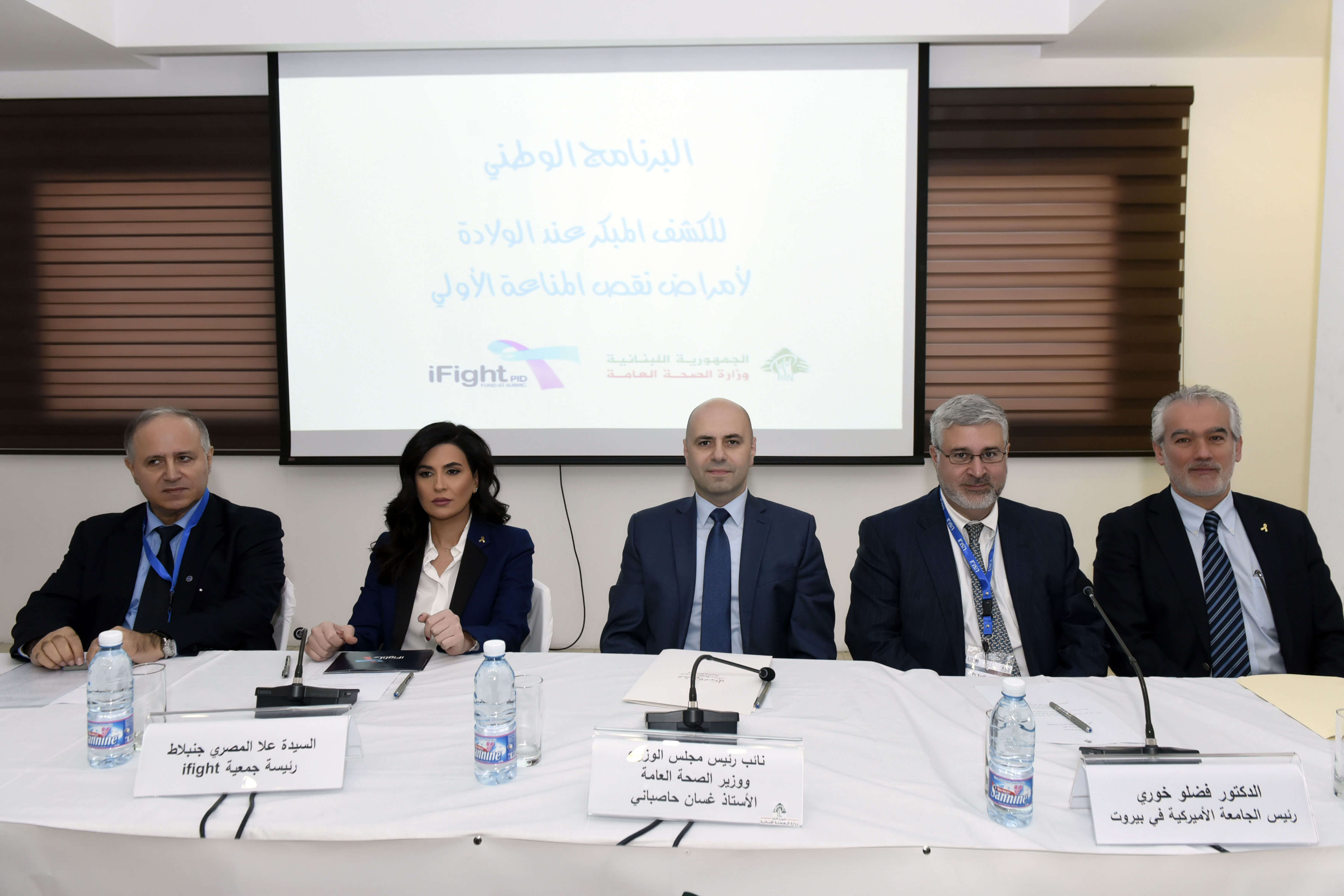 In a statement, Health Minister stated that we are witnessing the best complementarities and synergies between the State, civil society, and institutions in Lebanon. “It took me less than a few minutes to become one of the supporters of this association to fight together for  from birth in order to build a better life and society where we can live healthily.”

iFight PID founder and President Mrs. Ola Masri Jumblatt said that every child with primary immunodeficiency should have the chance to live. “In order to ensure the success of the program (NaSPID) that will be implemented starting March 2018, workshops will be organized as of 27/01/2018 to train the specialized medical staff from all the Lebanese governorates under the supervision of Professor Ghassan Dbaibo.”